Hillarys, the blinds and shutter specialist, has awarded its £18 million media planning and buying account to MediaCom. 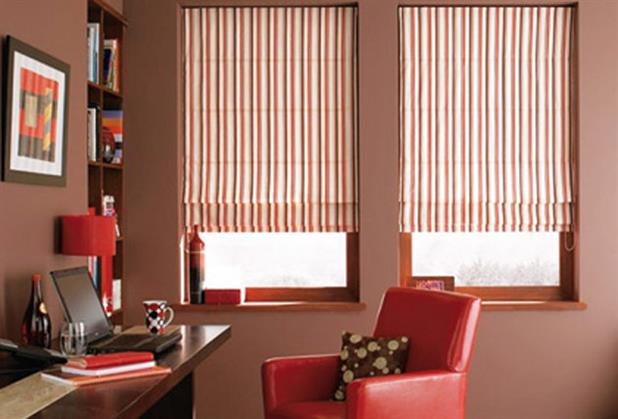 MediaCom’s Manchester office is understood to have beat PHD North to pick up the business after a competitive pitch. The incumbent, Carat Manchester, resigned the business in April and was not involved.

The appointment marks a return to MediaCom for the Hillarys brand, as it worked with the WPP agency from 2006 before hiring Carat Manchester in 2011.

The business includes digital media including pay per click, search engine optimisation, affiliates and programmatic display as well as all offline planning and buying responsibilities.

Susan White, the head of online at Hillarys, said: “Throughout the pitch process, MediaCom was able to demonstrate an unparalleled understanding of the modern media landscape, combined with an ability to deliver true value and impact, all key requirements for our continuing growth ambitions.”

The account will be led by MediaCom UK’s recently expanded digital performance division i-Lab, which will handle the digital activity.

Paul Cooper, the joint managing director at MediaCom i-Lab UK, said: “This is a fantastic appointment for us to have secured here at MediaCom, giving us the opportunity to put into play the full power and potential of i-Lab’s ability to provide a digital specialist brand within the wrapper of connected comms planning.

“Hillarys is a true British manufacturing success story and we’re looking forward to working with them closely to spearhead the next period of growth for the business.”

This article was first published on campaignlive.co.uk

While Bing Crosby may be dreaming of a white Christmas, Cormac Diamond’s list for Santa contains a somewhat different desire – to print mince pies on blinds.

“You never know what a customer might want,” he says, laughing. Despite having no background in the lucrative window industry, Diamond, 36, a former mechanical engineer, set up Bloc Blinds five years ago, and business appears to be booming.

After spotting a gap in the market during the credit crisis, he developed an interchangeable roller blind system – installable with just four screws – that lets customer easily change the fabric without having to remove the whole frame. It has proved so popular that when the Northern Irish company, based in Draperstown, County Londonderry, launched a Christmas-themed blind in December last year, customers were keen to buy.

“It gave us the courage to invest in a printing machine so we can really go to town with new designs this year,” says Diamond. The company, which has 42 employees, is now planning to launch a service that lets customers design their own fabric.

“If, for instance, you had green cushions, and wanted to match a blind to them, we can now easily replicate the exact colour rather than travelling the country to find a suitable fabric,” Diamond explains.

“It’s a quirky thing, but in the past people would have ruled it out as being complete nonsense, purely from the cost of the fixture.

“But now, with the advent of an interchangeable blind, you can cheaply print whatever you like, even ‘happy birthday’ blinds, and hang it up for a few hours then take it down again.”

After being spotted at a trade show in Germany four years ago, Bloc Blinds has been selected by John Lewis as a category brand, meaning it will have dedicated areas in stores.

But prospects have not always been so rosy. Bloc Blinds launched at the height of the credit crunch, when consumers were watching their spending. Amid the frequent redundancies of the financial crisis there was no shortage of workers available, but none of them had the right skills.

“One major challenge we had was finding staff – there were lots of workers, but none of them were blind makers,” says Diamond. “A lot of people thought I was mad for starting a business at that point.”

Despite his relatively limited business experience, he visited prospective buyers alone with a suitcase full of samples. He says he regularly used gut instinct to make business decisions, and it paid off; once retailers saw the product and its potential and its uniqueness, they started to buy into it. “It was a steep learning curve,” he admits.

Indeed, squeezed by the credit crunch, the company’s customers had been trying to improve their margins by buying cheaper products, but quickly realised that quality was more important to avoid complaints and returns.

Fortunately, Bloc Blinds wasn’t overly affected by the financial doom and gloom hurting many British industries. Rather than getting capital from banks, most of the company’s funding instead came from family members.

“It stood us in good stead. Every pound and every penny is still looked after,” explains Diamond. “When it’s from people you know and not a loan from a bank, you really have got a greater feel for the value of the money.”

The constraint on funding meant that the company’s expansion was cautious, and largely funded from profits, which is still the case.

“The ethos of the business is that it must be sustainable. We must take our growth seriously, and the expenditure involved in that must be well thought out,” he explains. “Those early years really taught us to know the value of money and investing our own money.”

Within a year, Bloc Blinds moved from producing five blinds per week to 100.

Now the company is planning to expand into the American market, where Diamond thinks that seasonal blinds – such as for Halloween, as well as Christmas – will be particularly popular.

“It’s going to fit their market well. Our ethos will chime with the Americans, as we have a strong success story behind our products,” he says.

Although the firm has meetings set up with two large US retailers, the stateside launch will primarily be on the internet so that it can target consumers directly – a strategy that is already working wonders in Europe.

“The medium of the internet is perfect for us to get the product out to new markets.”

In the UK, Bloc Blinds currently works with 500 independent retailers, a number that it plans to increase.

However, Diamond plans to expand the number of trade partners during the next year, so that Bloc Blinds becomes a household name “available in every town and city across the UK”.

He adds: “We would like to become the new Dyson.

“They’ve got something unique – people associate the bagless vacuum cleaner with Dyson and that is what we want to do with interchangeable blinds.”

Far from the days when finding skilled workers was the biggest challenge, now Diamond says that it’s managing the growth of the company.

Bloc Blinds is in the process of amalgamating multiple production facilities into a single site, which he hopes will further spur growth as it moves into new markets.

But Diamond has not lost touch with the company’s roots.

“If you start off with a hands-on approach, it’s very difficult to get away from it,” he explains.

Indeed, while the entrepreneur has had to reduce the time he spends on the factory – or house – floor, he says that sometimes “you just have to get your hands dirty”.

“There’s nothing like going out and fitting blinds yourself to get a true feeling of what customers think,” he concludes.

Duette TV Ad from The Market Creative on Vimeo.

Hunter Douglas’ Duette, the energy-saving window blinds brand, has launched a campaign to leverage its position as the inventor of honeycomb cell technology, which traps air inside the blinds to boost energy efficiency.

Fabienne Tyler, Business Development Manager at Hunter Douglas said: “We are looking to communicate our energy-saving proposition in conjunction with a stylish, quality product offering, as well as the fact that we’re the originators of honeycomb cell technology. The campaign directly addresses both of those ideas, in a way that we are sure will resonate with our audience.”

Devised by The Market Creative, a honeycomb shape runs throughout the brand campaign, while the text ‘The Original Energy Saving Blind’ is incorporated into the design along with a heritage stamp.

Account director, Caroline Finch-Denham, who led the project at The Market Creative, said: “Hunter Douglas is the patent-owner of the energy saving honeycomb cell structure. By leveraging this heritage we have created a point of difference in the market and the idea is brought to life through the honeycomb shape that works across all channels.”

The campaign will be trialled over the next three months with a 30-second TV advert, running nationally on satellite channels, and a consumer press campaign with ads across a range of home interest titles. The look and feel developed by The Market Creative also been applied to the brand websitewww.duette.co.uk

This site uses cookies. By continuing to browse the site, you are agreeing to our use of cookies.

We may request cookies to be set on your device. We use cookies to let us know when you visit our websites, how you interact with us, to enrich your user experience, and to customize your relationship with our website.

Click on the different category headings to find out more. You can also change some of your preferences. Note that blocking some types of cookies may impact your experience on our websites and the services we are able to offer.

These cookies are strictly necessary to provide you with services available through our website and to use some of its features.

Because these cookies are strictly necessary to deliver the website, refuseing them will have impact how our site functions. You always can block or delete cookies by changing your browser settings and force blocking all cookies on this website. But this will always prompt you to accept/refuse cookies when revisiting our site.

We fully respect if you want to refuse cookies but to avoid asking you again and again kindly allow us to store a cookie for that. You are free to opt out any time or opt in for other cookies to get a better experience. If you refuse cookies we will remove all set cookies in our domain.

We provide you with a list of stored cookies on your computer in our domain so you can check what we stored. Due to security reasons we are not able to show or modify cookies from other domains. You can check these in your browser security settings.

We also use different external services like Google Webfonts, Google Maps, and external Video providers. Since these providers may collect personal data like your IP address we allow you to block them here. Please be aware that this might heavily reduce the functionality and appearance of our site. Changes will take effect once you reload the page.